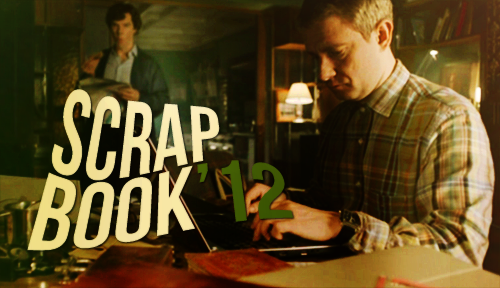 » leave a comment on this article if you want to be added. I won't add you if you add me first or I you don't introduce yourself.
» we need to have something in common. Check my profile and/or my interests. If I know you from a community/fandom, say so.
» the comments are screened ;)

+ my dad got a new phone so he gave me his old iPhone and I went a bit app crazy :x THESE THINGS ARE NIFTY :o imma take lots of photos with it since I still have no camera (a friend of mine broke it, yay). I already raided tumblr and stole every ponds graphics I saw :x MY OBSESSION IS SHOWING AND I REGRET NOTHING.

+ talking about the ponds.

SDFGVRDFFVDFHBDF SATURDAY'S EP!! SO MANY FEEELIIINNGGGSSS YOU GUYS. SERIOUSLY. SO. MANY. FEELINGS. I WANT A RORY. RORY IS PERFECT. I LEAD A RORY APPRECIATION LIFE. I JUST LOVE HIM SO MUCHHHHH ;_____; and I've never shipped Amy/Rory so hard before and RSHFBRFBFHSDG FEEEELLLLIIIINNNGGGSSSSS!!!!! did I mention I LOVE DOCTOR WHO????? #MY LOVE FOR THIS SHOW IS BIGGER ON THE INSIDE. TRUE STORY. No but seriously I don't get people hating on the ep. THE SHOW IS NOT ABOUT AMY DAMN. AT LEAST NOT COMPLETELY ANYMORE. YADDA YADDA SHE'S ALL ABOUT RORY NOW well about time tbh because it kinda was a one way street for Rory til she realized that she couldn't live without him. HE IS PERFECT WHY CAN'T PEOPLE SEE THAT. THEY ARE ALL ABOUT EACH OTHER. AMY IS STILL ASS KICKING BUT SHE CAN BE ASS KICKING AND MARRIED SO CHILL. soyeah. feelings you see. ALSO THE DOCTOR DHRTSFDH I read a post on tumblr here AND I WANT TO BELIEVE THIS IS WHAT THEY HAD IN MIND. I WANT TO BELIEVEEEE.

+ THE NEW COLDPLAY IS BANGIN'

+ THANKS FOR ALL THE BDAY STUFF :3 seriously, best flist ever or what? :D ♥♥ I had a good day, spend it with my parents and hopefully will party with friends next week. My mom baked three cakes so I have tons of leftovers of apple crumble, chocolate cake and cherry pie (tho these two are almost gone now :x) if anyone wants some >:3 My mom's bf brought me some cds, including Arcade Fire Deluxe Edition of The Suburbs and omggg the awesomeness. It contains a short movie by Spike Jonze, Scenes from the Suburbs based on the songs and the bts of the shooting and MY LOVE FOR THIS BAND YOU GUYS. The bts is ADORABLE. THEY ARE SUCH DORKS!!! and the short film is amazing, Spike Jonze is an amazing director. My mom agreed to a deal for my birthday: she'll pay half my concert tickets all year >:] mwahaha.

+ I'm going to Italy on the 13th as a birthday gift from my dad. He's already being a pain about it, picking hotels and such but I CAN'T WAIT TO VISIT ROME OMG. I can't believe I've never been. From the few stuff I read from the guides I have, we are basically going to spend our time eating ice creams, pasta and pizzas. Sounds good enough for me >:]

+ Tomorrow is my first day at uni :o I'm excited but soooo stressed about it, aka I keep eating, and all the cakes in my kitchen are really helping lolol It's all about going to a new place, meeting people and just GUH I AM NOT GOOD WITH CHANGE AND HUMANS, ALRIGHT? XD and I'm only going there for like one day, seriously, what is it gonna be when I go there FOR REAL XD I NEED TO CHILL. I'LL BE OKAY. I'M 18 NOW, ALL ADULT AND SHIT. I GOT DIS~~~ >:3

+ I've started watching Eureka and it is so adorable :3 I'm really glad

runawaytomars pushed me to watch :3 ♥ I've finished my Veronica Mars rewatch ;____; THAT FUCKING THIRD SEASON GFHBVDF SO MANY FEELINGS. and I'm rewatching Firefly with my mom, I think she really likes it :3 also, DOCTOR WHO :')))) I really liked last week's ep. MY LOVE FOR RORY KNOWS NO BOUUUUNNND~~~ Next ep is going to be amazeballs tbh

20inspirations 10th round that I'm really happy with! The only problem now is that I have no idea what to do, cause those three icons I've made were kinda planned and now I'm just staring at photoshop just kinda going "......yeaaaah" BUT I'M EXCITEDDD I'll try new fandoms this time around (aka less doctor who hopefully) (keyword being hopefully) and YAY I'M JUST EXCITED ABOUT THIS ROUND TBH :D

+ LONDON WAS AMAZING. I think that's where I left off lol We had tons of fun, met DA DARVILL ♥ he's such a sweet awkward human being :3 and he wore the pheasant jumper. idk if you are aware of my feelings for this jumper but let's just say I have A LOT OF THEM.
We also went to the DW experience, and to Cardiff, and it was absolutely brilliant :3 pics under cut :D (yeah I'm the kinda girl who photoshops even her holidays pics, leave me alone)

+ I am obsessed with x-men: first love class. I don't mean in a "aw I loved this movie let's move on" way, more like "LET'S WATCH IT 42 TIMES AND HUNT DOWN ALL THE GAY SUBTEXTS" kinda way. I CAN'T HELP IT OMG THE MCBENDER LOVEEEE~ I live tweeted the movie when I watched it because obviously I'm so witty some stuff needed to reach the world (fyi, it was 7am and I was seriously lacking sleep and I was already shipping mcavoy/fassbender with the power of a hundred suns so yeah) I'm planning on doing a Cherik fanmix JUST BECAUSE I CAN. slash is always the right way. I know we watched this movie right >:]

+ summer break is awesome. I've been doing _nothing_ besides tumblr/iconing/spamming. I. LOVE. IT. I might leave for Italy at the end of the month with my dad. I'm really looking forward to go but eh my dad and I can't go much more than 2 days before going at each other's throats so I'm a bit nervous about thatttt but I'll shut the brain down and enjoy the pretty.

+ I am loving the internet these days. now that I'm actually ~in the iconing world~ I am way less shy with talking to people and I've talked to some seriously awesome people *waves at new friends*. lol I think I should thank

vetica for pushing me to be a member of 20insp :3 /random

+ tv-wise, I've started a few shows in the last few months. I watched the 10 eps of Switched at Birth in one night lol this show is SO QT!!! ugh seriously I died. SO MUCH KEYMASH. THIS SHOW IS ADORABLE AND AWESOME AND UGH. I've also started watching Adventure Time :3 and X-Files, from the beginning because when it was on tv on saturday nights when I was a kid, I was too chicken to watch anything after buffy lol 2 eps in and I can tell you one thing: MULDER DOES NOT GAZE AT SCULLY. NOPE~ I'm also caught up with Downton Abbey idk what took me so long to watch ittttt tho thanks tumblr for being obessive. I really like it now and just seriously, give me something to ship and I'LL BE ON THAT SHIT FASTER THAN SPEEDY GONZALES . I'm such a shipperrrr sigh. ANYWAY. so yeah it's good! TOOK ME LONG ENOUGH TSK.
Collapse